skip to main | skip to sidebar

The Truth about Bamboozling "He is a fine fellow," said Mr. Bennet, as soon as they were out of the house, "as ever I saw. He simpers, and smirks, and makes love to us all. I am prodigiously proud of him."

Mr. Bennet, of course, was not being honest. Anyone who has ever read Jane Austen's PRIDE AND PREJUDICE knows that he is speaking here of Mr. Wickham, one of the greatest liars and petty scoundrels of Regency fiction. Oh, how we love the duplicitous George Wickham and his half-truths and misinformation!

But Mr. Wickham had no monopoly on lies. Language of that era is peppered with various colorful terms and phrases to refer to the wondrous art of deception. Why would I be so familiar with these words? Because I have a pretty little liar of my own in my upcoming release, MISS WHEATON'S WHISKERS. 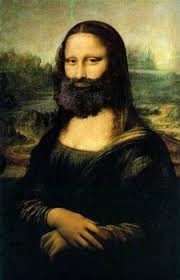 And no, she's not a bearded lady. A "whisker" is Regency vernacular for "lie". Of the little white variety. And boy does Miss Wheaton tell them! All for a good cause, of course. She's really got the best of intentions, you know. But I'll blog about that on another day.

Today it's all about clankers, gabble, and making May-game of some poor humbugged gull.

If you were to tell a Banbury tale, you'd be bouncing or fibbing. It would hardly be enough to put you in a bumble-broth, but a simple bit of funning. Too much bibble-babble, though, would certainly get you called maggoty or even havey-cavey. To pull a chouse on the nearest gudgeon would clearly label you Jackanapes, and pulling a kickshaw rig would make you quite the saucebox. It might cause a row and you'd have to talk the hind leg off a dog to get out of a fair wigging.

Now, don't go thinking all this twadle is just fimble-famble or some old mare's nest. I'm certainly no quiz, and that's not just puffing and folderol. I've no need for rodomontrade. I'd be a sharp and a sly-boots if I let you believe that diddling gammon.

But let me twit you a bit with this poser: is it better to bam or to banger or outright fudge than to sham by embroidery and old Spanish coin? Plumper and rot, my good friends! Such colorful phrases are little more than piffle and flapdoodle, of course.

Now that I've bemused and bedazzled you all with my literary gew-gaws, no doubt you've taken the nacky notion I must clearly be a wicked dissembler of the worst sort. Fustian, I say! Don't be up on your high ropes. Call me a peach, but I'll spill the soup on you all. I've no doubt every one of us has sprouted a few whiskers here and there.

Now I dare you to cry tarradiddle! 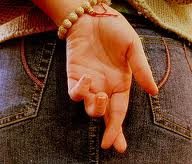 Susan Gee Heino
Ohio, United States
Thanks for dropping by my poor, Neglected Blog. I write light Regency Romance with a dash of humor for people who like that sort of thing. When not writing, I spend my days entertaining my wonderful husband, two strangely brilliant children, and great quantities of finned, furry and feathered pets who eat way too much.

All she needs is a very unsuitable suitor...

Determined to thwart her brother's plans to get her properly married, Miss Penelope Rastmoor decides what she needs is the most unsuitable fiance ever imagined. Unfortunately, she never quite imagined Lord Harry!

Love has a way of getting what it wants...

Sophie Darshaw's skill with a needle is hardly enough to save her when she stumbles into a murder plot... and the arms of a dangerous man. The bitter Earl of Lindley is searching for the double agent who killed his family. Miss Darshaw may look innocent enough, but what deadly secrets does she hide? He's intent on seducing the truth from her, but Sophie is ready to hone some talents other than sewing!

She must save him, no matter how many times she's wished him dead...

Lord Rastmoor still yearns for the beautiful actress who betrayed him. Foolishness, of course, since he was told Julia died in another man's bed. But Julia didn't die, and only her disguise as a man can save them both now. When Rastmoor sees through her ruse, though, more than just Julia's mustache is coming off!

To throw off husband-hunters, Lord Dashford pretends he's a penniless wastrel. But blunders bring bliss when he encounters a tipsy housemaid who isn't quite what she seems to be. Miss Eveline Pinchley never dreamed she'd end up like this, but falling in love might just be her best mistake ever!